What exactly is rainscreen cladding? 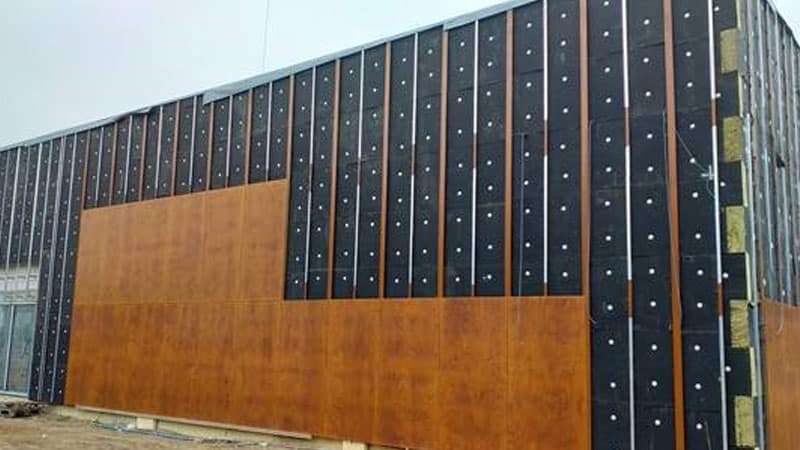 What is rainscreen cladding and how can it help you save money?

A rainscreen cladding is a type of exterior wall cladding that is used in modern buildings. It allows moisture to escape from the building and ensures the walls are watertight while opening the window to some amazing design possibilities and added safety features. To find out how rainscreen cladding is revolutionising the architectural industry, continue reading.

The history of rainscreen cladding

Before we discuss what rainscreen cladding is now, we should first touch on how it all started.

Rainscreen cladding is a type of facia used on the exterior of residential, commercial and institutional buildings. The idea behind rainscreen cladding has been in use since the 1960s when it was first developed by Dr Wolfgang Feist to address moisture issues associated with brick or block walls, though was not fully realised and adopted until the 1980s.

Traditional facia systems had two major flaws: they were prone to leakage from rain, snow and ice; and they also allowed water into the building’s interior due to their lack of vapour permeability, thankfully things have changed with the development of the technology. The rainscreen system solves both problems through a combination of several design elements which work together as an assembly.

Why use rainscreen cladding?

Rainscreen cladding is becoming the most popular and efficient way to insulate a building. There are several reasons why this system is preferred over other alternatives; for starters, it’s easier to install than you might think.

Poorly insulated facades lead to significant energy losses in private homes and other buildings. The implementation of a curtain wall saves energy by creating an air gap in the building’s exterior facade. By combining a rainproof coating with external insulation, rainscreen cladding provides the building with many benefits, including improved thermal and acoustic insulation, improved fire protection and reduced maintenance costs, due to its ease of accessibility and weather protection it offers.

How does a rainscreen system work?

The rainproof cladding system consists of a supporting wall, an insulation layer and a cladding material that is attached to the building by means of a supporting structure. Thanks to this construction, an air cavity is formed between the supporting wall and the cladding material, which provides continuous ventilation. Sometimes there is a layer of insulation between the load-bearing wall and the cladding, but this varies from project to project.

What is a Load Bearing wall?

A load-bearing wall is the most important part of any building. Without it, the entire structure would collapse. The load-bearing wall is usually the external wall of the building, and must be able to support all of the loads transmitted by a building’s cladding and also withstand wind loads from outside. Load-bearing walls can be made out of brick, concrete, wood, or other materials as well!

What is a curtain wall?

History of the curtain wall

The curtain walling system is not only a modern trend, but the idea behind its construction has been around since as early as ancient Greece. The concept of curtain walling takes root in Ancient Rome and then again during the Industrial Revolution when it was first used to build factories. It wasn’t until after World War II that this advanced building design took off.

What is the building envelope?

When designing a building, the “building envelope” is what keeps harmful elements from getting in and damaging your materials. The building envelope includes components such as windows, doors, walls, roofs, ceilings, flooring and foundation. Windows are important because they allow light to enter the home without compromising the integrity of the inside.

What is thermal bridging?

Thermal bridging is the movement of heat across an object that is more conductive than the materials around it. Think of a bridge in winter – these bridges are surrounded by snow, which insulates them and provides protection from windy conditions.

However, when you walk across the bridge, your boots or shoes will melt through the ice and snow to get down to ground level below. This creates a path for water to flow or air to circulate so heat can escape as efficiently as possible. The same thing happens with buildings in cold climates: without insulation on exterior walls, heat energy escapes through cracks and crevices where there isn’t enough resistance from other material types (such as glass windows). Read more about Thermal Bridging Here.

What is an Air Cavity?

An air cavity is simply a ventilated cavity which has openings at the top and bottom of the facade system to allow constant air circulation. These openings must be properly protected to prevent water ingress, as water can reduce the effectiveness of the insulation material – this is achieved through the use of a drainage plane.

The lower opening of the rainscreen facade is equipped with a ventilated flashing, which prevents the entry of insects, debris and small mammals.

What is an insulation layer?

The insulation layer is a thin, protective barrier that goes on the outside or inside of the building. It’s recommended that it be applied to the outside of load-bearing walls so it can better withstand structural movement. When you put insulation on the inside of your building, it no longer becomes part of your curtain wall and isn’t eligible for ventilation.

Location of the insulation layer

However, in some projects the insulation layer cannot be placed outside for a number of reasons, be it due to regulations and local laws or functional reasons. In these instances, from a thermal efficiency point of view, it is better to place the insulation layer on the inside than to have none at all.

As for the insulation materials for the curtain wall, there are several possibilities:

There are a few different options for insulation materials when constructing a building. The type of material and thickness is chosen based on the building’s location, orientation, and construction method. Insulation determines how airtight the building will be which can affect energy efficiency.

Cladding materials are one of the most important aspects when building a structure. Many materials can be used for rainscreen cladding, such as ceramic, metal cladding, wood or natural slate, though most modern rainscreen cladding systems now uses aluminium cladding, due to their thermal insulation properties and fire resistance. These types of exterior coverings are becoming more popular because they provide protection and insulation to buildings while also being cost-effective and environmentally friendly.

Can rainscreen cladding be applied to renovation projects?

Yes, due to their ease of installation, rainscreen cladding systems can be installed in your building during a renovation project to protect the exterior. The old material is removed and any moisture or defect-bearing wall is cleaned before new rainproof cladding is installed.

The temperature difference in this wall cavity causes a natural convection process called the “chimney effect.” This convection process projects warm air upwards during summer months while cooling down the space with cooler air from below.

The chimney effect (or stack effect), named for the way in which it resembles a fireplace chimney operating at full force, is a natural convection process that causes warm air to rise and cool air to fall. This phenomenon occurs during summer months when outside temperatures are warmer than inside temperatures. The chimney effect process prevents your house from overheating during the summer and helps maintain a steady temperature in winter.

A rainscreen cladding system can reduce the energy bills between 30% and 40%. This is because rainwater will be soaked up by the wall, rather than entering your building. The airflow on a well-designed facade reduces heating and cooling loads as air comes in through the windows during cold seasons.

Rainscreen cladding is an easy way to optimise building energy efficiency. By forming a barrier between the interior and exterior wall, rain screen cladding acts as an additional layer of insulation for your home; one that provides protection from damage to existing thermal insulation and helps keep it functional. Rain screen cladding also limits air leakage which means maintaining both easier heating and faster cooling of the building.

Better accessibility to services can be attained with modern rainscreen cladding systems that allow for an individual rainscreen panel to be removed. This means any upgrades or repairs to services can be done without disturbing the occupants, as is possible when combined with davits and Building Maintenance Units (BMU).

An older building can have a new and improved exterior without the need for demolishing it. Cladding over an old building is an excellent way to make it look and perform like its brand-new. This technique also has the added benefit of keeping the structure intact, which saves time and money as opposed to rebuilding it entirely from scratch. Many owners choose this option because they want their property to not just be functional but aesthetically pleasing too.

Stunning suspended modern designs are at the forefront of modern architectural design, and with lightweight aluminium cladding systems, you can create striking designs that appear to defy gravity. Whether it’s an overhanging canopy or gouged-out aperture in a façade, with stunning design options available for the aluminium composite panel, it creates the ability to make your unique vision come true.

The installation of rainscreen cladding is seamless and efficient and is ideal for off-site assembly. This means it can be installed more quickly and easily on-site due to many of the items being pre-assembled in the factory, so they can be craned into position at the location without much hassle or disruption. 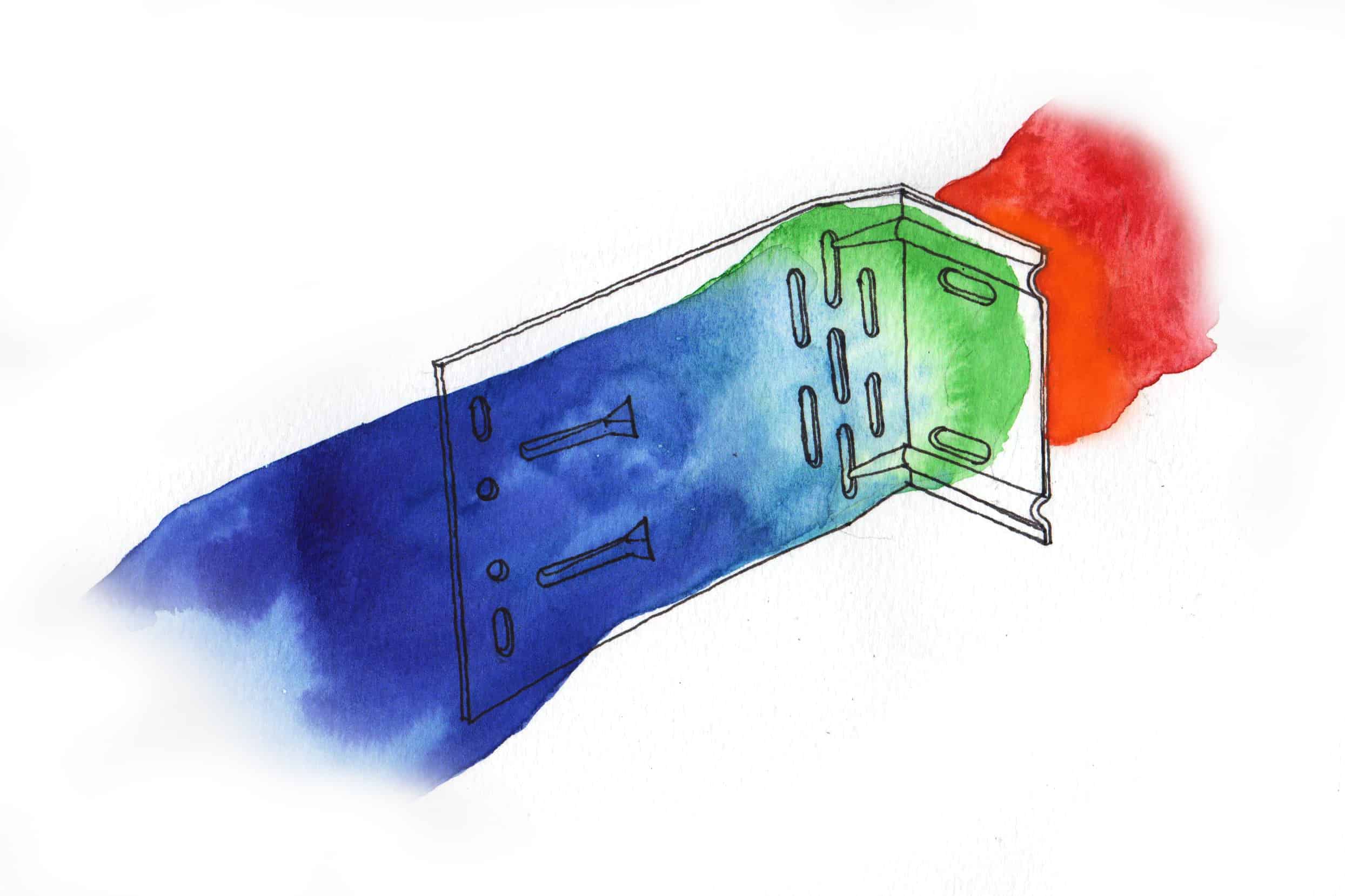 What is thermal bridging? With illustrations! 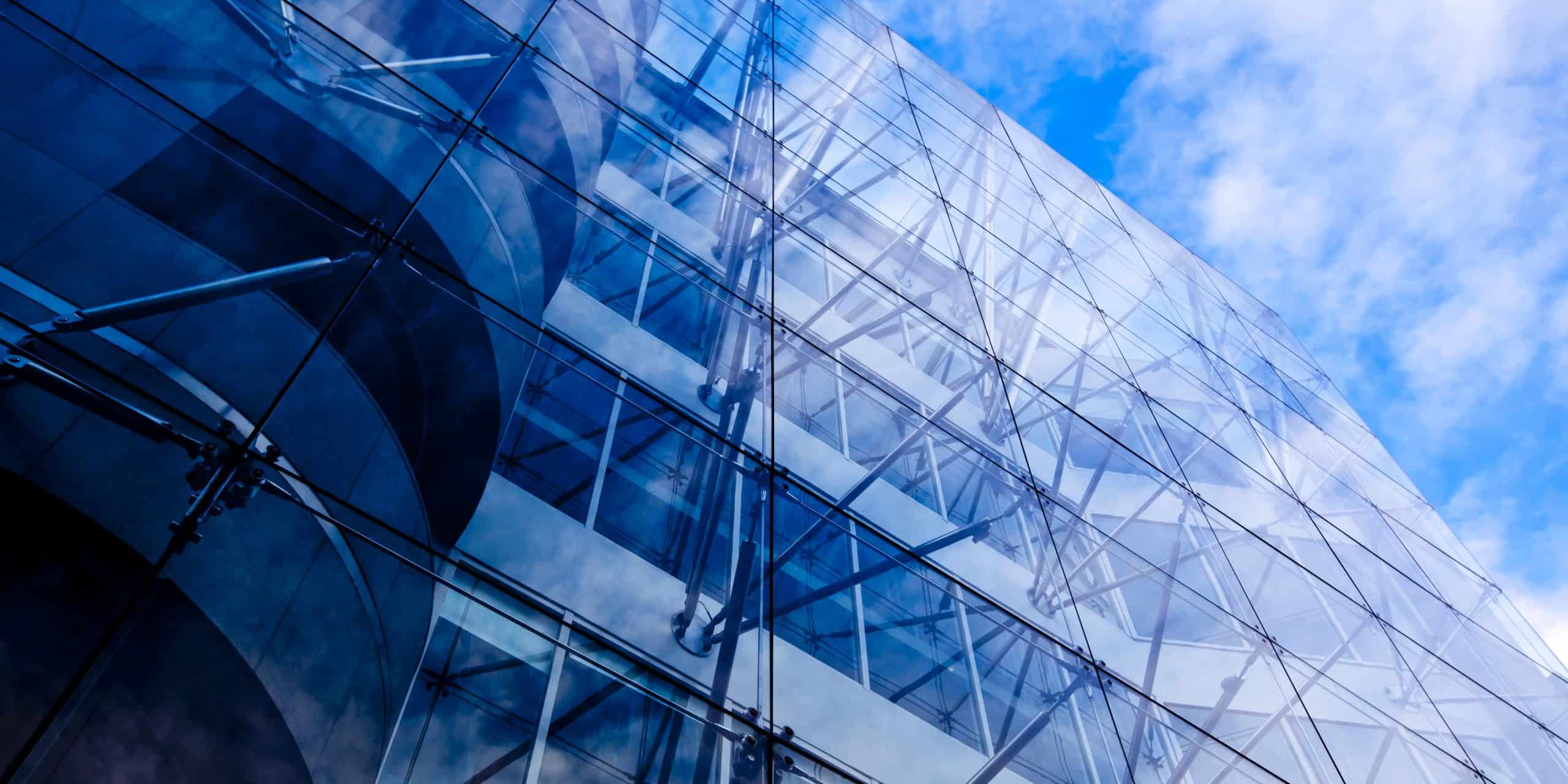 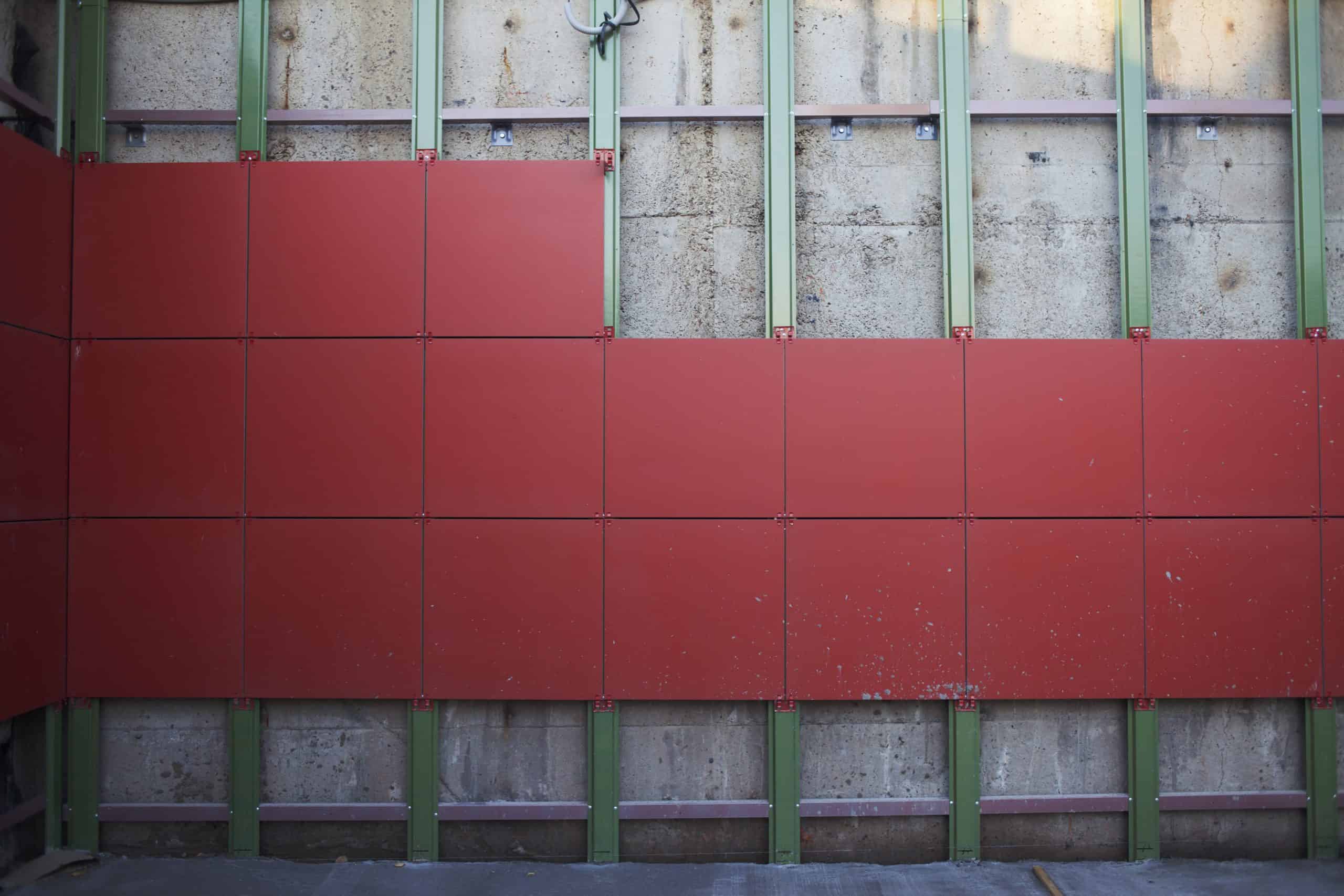 What are the benefits of rainscreen cladding? 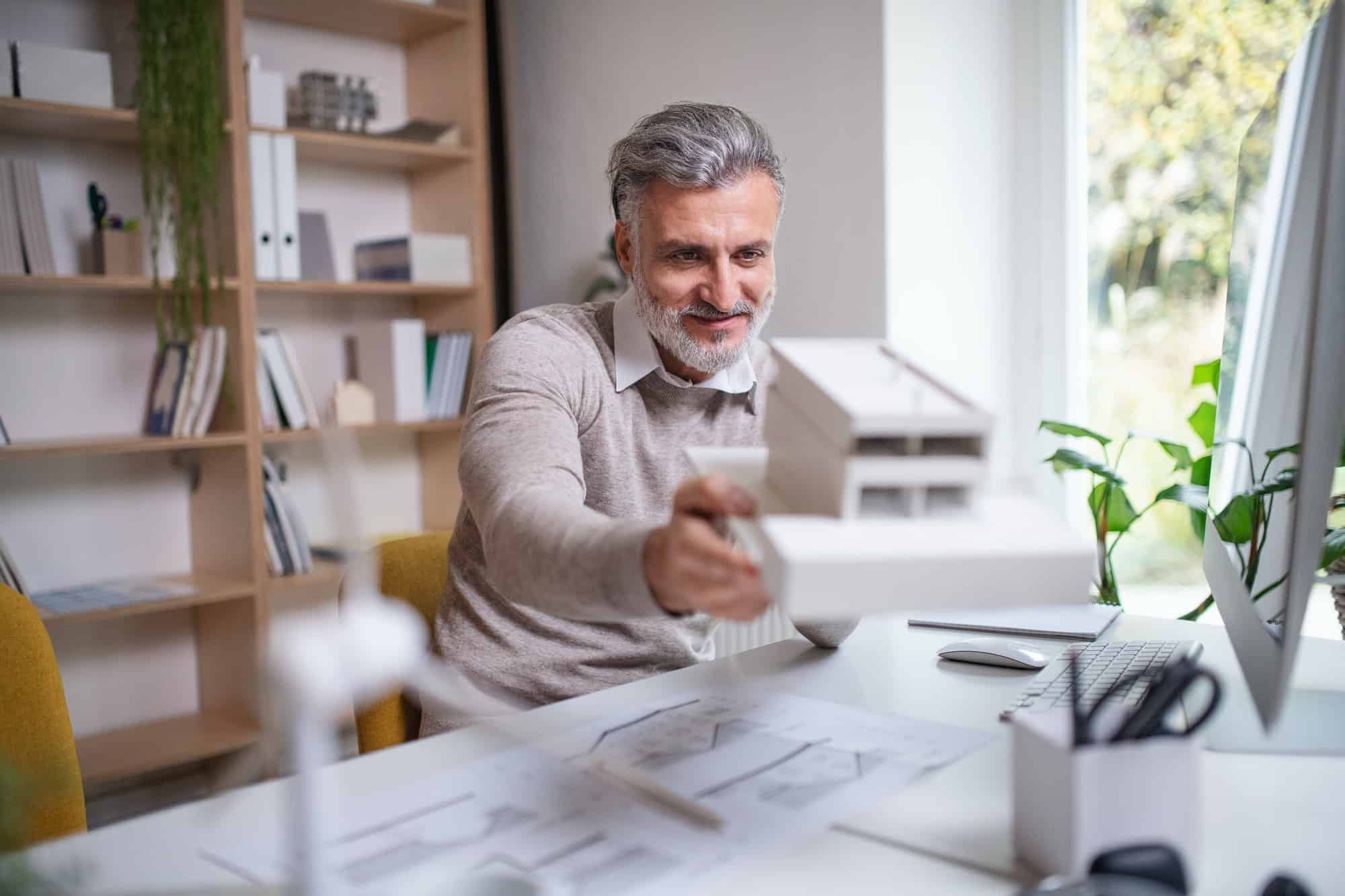 What is a Passive House? 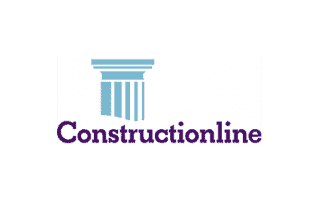 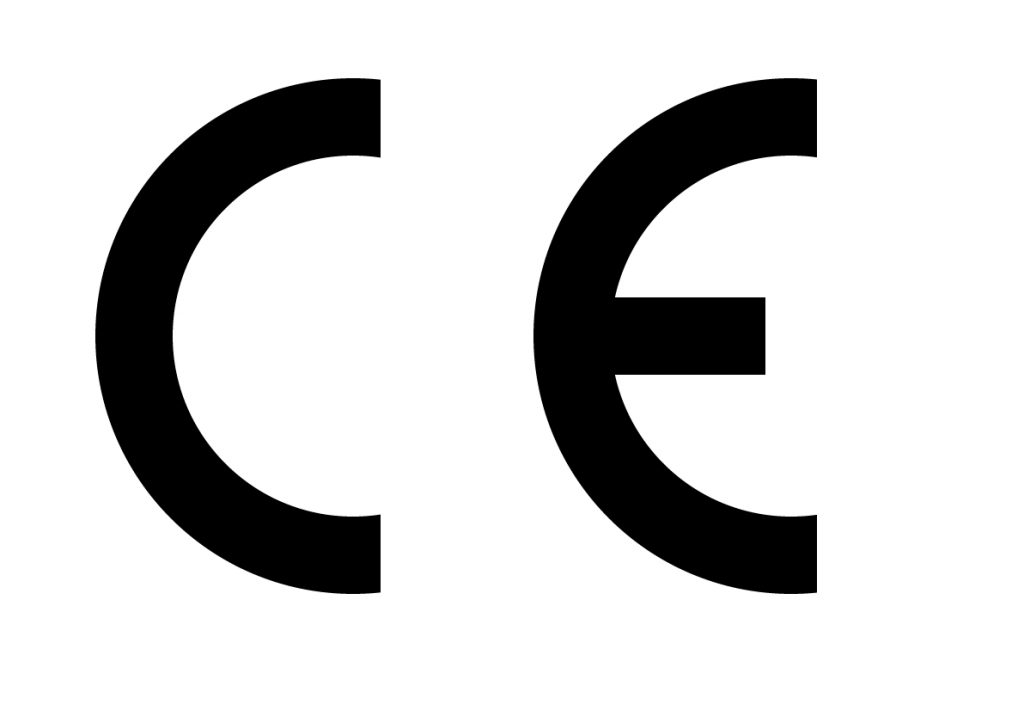 what you need to know

in your inbox every morning